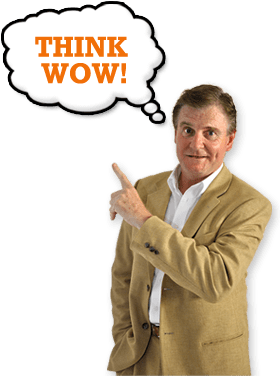 John Dwyer (known as “JD” by most of his clients) is a marketing enigma.

When it comes to creating sales for small businesses, his “thinking” is refreshingly unconventional.

Because there are way too many so-called marketing experts out there who simply pedal the same old “marketing 101″ philosophies which mostly fail miserably.

John preaches “in a sea of sameness in your industry, you need to stand out like a beacon – and the best way to do this is by using wow factor marketing techniques”.

John thinks “way outside the square” and brings proven wow factor ideas to the table for small business owners – not the motherhood marketing waffle we all hear from many self-professed advertising experts.

He knows how to help you find your “unique selling proposition” and can show you the most powerful methods of delivering it to the right prospects.

DISCOVER HOW TO BUILD LOYALTY:

And better still, he’ll show you how to get your customers/clients to keep coming back over and over again – pure “gold” for any small business owner!

Another refreshing attribute of John is his understanding that small businesses are typically not rolling in marketing funds.

He appreciates that you need low cost ideas and high profit results.

With this in mind, his “Wow Injection Packages” are filled with practical, amazing ideas that don’t cost an arm and a leg.

They’ll help you position your product or service, build hype and increase sales!

And all of his ideas suit both offline and online marketing – plus, best of all, they’re easy to implement!

After spending some years in the marketing arena with the giant Grace Bros retailer at Roselands in Sydney, John was offered the role of National Marketing Manager in the Woolworths company whilst still in his twenties.

During his time with both retail giants, he showcased his unique talents via many “value-add” marketing concepts, many resulting in avalanche consumer response.

His Own Agency – Dynamic Ideas!

The next step for John was establishing his own Advertising/Marketing Agency in Sydney, appropriately called Dynamic Ideas.

It is during this time that John really “honed” his skills with wow factor marketing.

Contracted by the likes of News Ltd, the Nine Television Network, KFC and the NRL, John was kept busy devising marketing strategies to dramatically increase readers, audiences and customers.

After achieving spectacular results for such big guns, his reputation spread and it wasn’t long before his client list included ACP Magazines, 7-Eleven, Coca Cola, Video Ezy, Caltex and McDonalds.

His “wow factor” thinking had achieved some remarkable “runs on the board” and everyone wanted a taste of it.

Having created marketing concepts that had achieved hundreds of millions of dollars in sales for his clients, John then decided that he’d like to produce his own products so that he could enjoy a direct benefit from his “wow factor” marketing.

So he got into the Trading Card business, whilst still owning the marketing agency.
(Which by this time had 25 staff.)

He gained licenses for popular sports and movies and quickly used his marketing prowess to take trading cards to a whole new level of importance with the target audience of teenage males.

By providing News Ltd Sunday newspapers with millions of free trading cards for weekend giveaways, John was successful in catapulting his cards from a young boy’s hobby to front page news.

In his first year, such promotional alliances helped John to increase sales of the NRL Rugby League cards from $2 million to $12 million – an incredible result!
(Particularly when you consider that Rugby League is only played in Australia.)

After stitching up licensing deals with major players as Disney, DreamWorks, Warner Bros and Fox, John produced many trading card themes from Jurassic Park to Aladdin and Lion King – all launched with the News Ltd promotional “wow” of free samples.

It didn’t take long for John’s incredible sales results to reach the ears of publishers and John ultimately sold the company in the mid nineties.

He then produced several television shows for the TEN Network, one of them being, Dreams Can Come True.

Once again, he “wowed” audiences with wonderful stories of dreams coming true for many people.

And stars like Michael Jordon, Paul Hogan, Princess Di and Meatloaf helped him make some of the dreams come true.

Since then, John has been in high demand for his marketing services and speaking engagements.

He has clients across many industries, from hospitality to manufacturing, agriculture and banking.

Jerry Seinfeld teams up with John!

One of his highest profile clients is the Greater Building Society, for which John secured superstar, Jerry Seinfeld, to be spokesman.

This marketing coup is a classic example of John’s “wow factor” thinking, where a relatively small Australian bank is now being promoted by one of the biggest stars on the planet!

And “the fit” is perfect, as the Greater has enjoyed a long reputation for being a little cheeky and always poking fun at the banks! 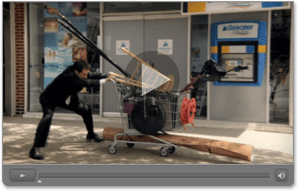 On the first day of the TV shoot in New York, news crews swept on the set, as a Seinfeld return to the small screen was huge news! 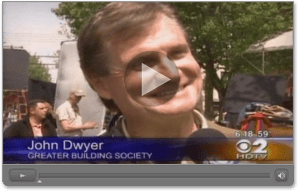 Here’s proof of how John can generate FREE publicity. ING had launched their Billy Connelly marketing campaign some years earlier but never exploited free publicity from the mass-media like John did. 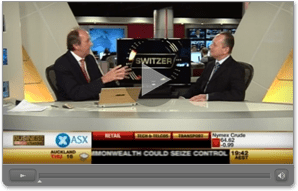 Now He’s Available to You!

Due to a huge number of enquires for marketing tips from businesses, John decided to offer his services via “Wow Marketing Coaching Programs.”

He has both “online & offline” coaching options, with his marquee Coaching Program called The Wow Masterclass, where you get “one-to-one” involvement with JD & regular interaction, including events.

Details of all of his programs are at the “Products” page on this website.

That’s the great thing about becoming part of JD’s environment – you’re immediately benefitting from a marketing expert who has a wide range of experience across industries A to Z.

John is married to wife Gael and they have 6 children, three of whom have left the nest, with 3 still at home.

He jokingly refers to his family as the Aussie Von Trapps!
(Although none of the clan has a singing voice!)

Only one word to describe a family of 8… Wow!

SO WHAT IS “WOW FACTOR” MARKETING?

John explains his views on small business marketing & what works.

Ecstatic Business Owners Who Have Experienced
“The Wow Factor!”

“The figures speak for themselves.Before we became part of John’s “wow environment”, our annual profit was about $120,000 a year.

Within 18 months of being involved with John’s coaching ideas, our profit within 18 months, grew to an annual rate of $440,000 a year!

That increased the value of our business fourfold – an outstanding result!

His system is applicable to any business-type.”

John’s ideas are simply inspiring, they are very different and he thinks way outside the square. He provides practical “client attraction” solutions that get results.And the great thing is that he has created “marketing formulas” that are easy to swipe and use for your own business. In other words, any business owner can grab these concepts and use them to attract new clients.

Make no mistake, John’s ideas will help you “cut through the clutter” and any business owner can benefit by getting hold of his wisdom.”

“Our sauna massage business has improved leaps & bounds since we invested in John’s advice. His “client attraction system” is incredible – we’ve followed his formula & the results have been “instantaneous!”We wish we had come across his marketing wizardry years ago – but we’re sure glad we’ve now found him.
His ideas are just brilliant & his “direct response” concepts mean that we can turn “the customer tap” on whenever we want. His stuff is an invaluable resource for any business owner.” A very nice problem to have I can assure you!”